Grazing incidence small angle scattering (GI-SAXS) was introduced in 1987 to probe the structural details of surface and near-surface regimes. Below the critical angle, the incident beam undergoes total external reflection and the scattering signal arises from structural arrangements of the first few Angstroem below the airsample interface. Increasing the incident angle causes a gradual increase of the penetration depth of the incident beam. This in turn causes an increase of the scattering volume and thus the surface-sensitive scattering signal. If this incident angle becomes larger than the critical angle, then the penetration depth increases drastically. Finally, the bulk-sensitive scattering signal becomes dominant and the surface-sensitive signal disappears. The variation of incidence angle can therefore be used for non-destructive depth profiling. This physical phenomenon is also used for X-ray reflectivity (XRR) measurements, a technique widely used for the determination of roughness, periodicity and thickness of thin amorphous and crystalline layers perpendicular to the surface normal. In contrast to XRR, GI-SAXS measurements provide much more directly information about in-plane correlations and roughnesses, both important parameters for characterization of multilayer coatings.

GISAXS with a Multipurpose XRD System

Grazing Incidence Small Angle X-ray Scattering (GI-SAXS) is a technique that combines the surface sensitive nature of grazing incidence geometry with a scattering range that probes the small angle region which gives information on the nanostructures and nanoparticles within the surface layer. The scattering is ideally collected on a 2D detector as it gives access to lateral and vertical nanostructures. 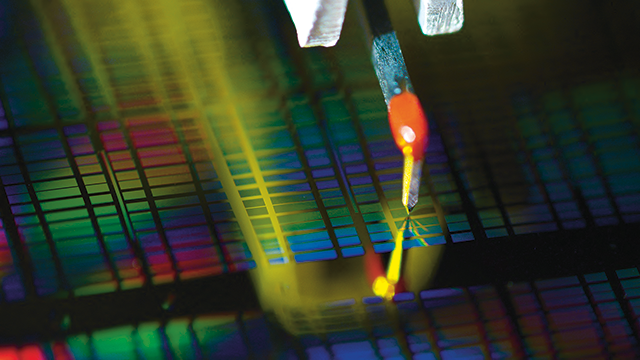