It is important to gain an understanding of the mechanical properties of thin polymer films, since this affects their performance in a wide range of common applications, including protective coatings, sensors, biomedical films, and organic photovoltaics.

In this article, the viscoelastic properties of plasma polymer-like thin films (<250 nm thickness) were studied using PeakForce QNM, AFM-nDMA (AFM-based nano dynamic mechanical analysis), and AFM scratch measurements on a Bruker Dimension Icon AFM. By using these AFM techniques, the storage modulus, loss modulus, and tan delta were measured for each film with substrate deposition temperatures of 10, 23, and 45°C. AFM-nDMA was conducted at 80 Hz modulation frequency, and JKR theory was applied to both PeakForce QNM and AFM-nDMA to calculate the mechanical property values. The films changed from a highly viscous liquid film at 10°C, to a viscoelastic solid at 23°C, to an elastic solid at 45°C, indicating a trend of increasing stiffness with increasing substrate deposition temperature. The film with the highest tan delta was the film deposited with a substrate temperature at 23°C, which would possess the best performance for energy dissipation or vibrational damping. By combining this study with TOF-SIM and XPS, the glass transition temperature was found to shift with the different deposition temperature, which influenced the mechanical properties of the films. Based on the knowledge obtained through these nanoscale characterization techniques, the authors then applied these findings to tune the mechanical properties of the polymer film that they created. 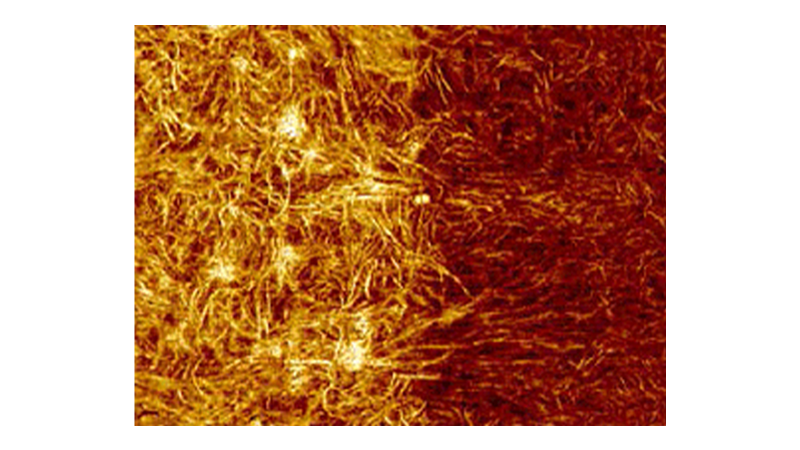 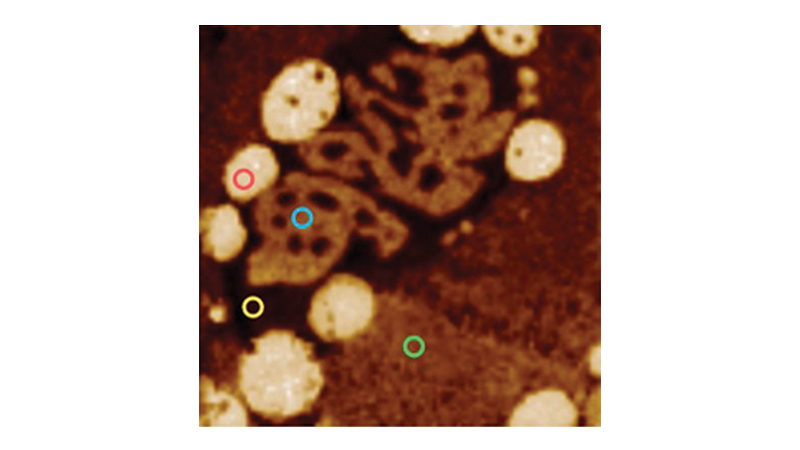 Most productive large-sample AFM in the world
Read More