Imaging in rhesus macaque motor cortex can enable the discovery of fundamental principles of motor cortical function and inform the design of next-generation brain-computer interfaces (BCIs). Multiphoton microscopy and calcium imaging allow for recording from large populations of neurons in vivo. However, access to deeply located somas of layer 5 pyramidal neurons is limited due to photon scattering. The authors were motivated to determine whether two-photon (2P) calcium imaging of superficial neural processes in macaque motor cortex provides stable reaching-related signals capable of driving a real-time BCI. They were also determined to develop an imaging implant and platform that would minimize movements of the brain relative to the microscope objective during reaching movement.

The authors developed a custom three-point fixation system to hold a monkey’s head and added a tissue stabilizer that applied gentle pressure to the imaged cortex. This platform allowed for chronic, motion-stabilized 2P imaging of neural activity of layer 5 pyramidal neurons by apical dendrites in the superficial layer from macaques engaged in a motor task. The authors decoded these superficial neural signals in real-time using an optimized, low-latency image processing pipeline to drive a real-time optical BCI. They also functionally-imaged neural sources localized in a post-mortem 3D CLARITY volume and demonstrated that layer 5 cells with GCaMP-labeled apical dendrites were densely represented within the tissue volume.

During 2P imaging with a Bruker Ultima Multiphoton Microscope (see Fig. 3f in the paper) equipped with a custom, motorized orbital nosepiece for off-axis imaging, a macaque sat in a standard primate chair in front of a stimulus display screen. The 2P imaging system was placed in a cantilevered position off the edge of the optical table to access the primate’s motor cortex. Real-time image data access and decoding was supported by PrairieLink (Bruker).

This is the first reaching-rhesus 2P calcium imaging in apical dendrites that displayed tuning for different directions of arm movement. Therefore, calcium signals in dendrites of behaving monkeys can be used to accurately decode the reach goals of animals, which is valuable for brain-computer interfaces.

If you have questions about any of our solutions for multiphoton imaging or would like expert guidance about the best-fit solutions for your intended intended application from a Bruker specialist, please contact us. 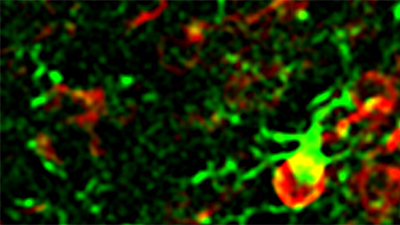 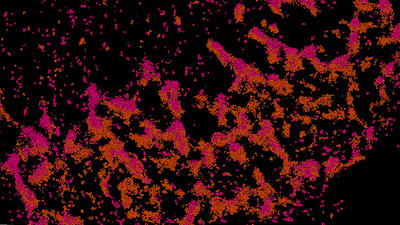