This review appeared in the February 2022 edition of the Fluorescence Microscopy Journal Club — a monthly email brief highlighting leading-edge research and the latest discoveries supported by Bruker fluorescence microscopes.

In this article, the authors combine two-photon and three-photon microscopy with functional magnetic resonance imaging (fMRI) to study hemodynamics in the visual cortex. They complement the fMRI-measured functional responses in blood vessels with the high spatial resolution given by multiphoton imaging to elucidate aspects of neurovascular coupling and neural activity. The authors found orientation preference maps organized tangential to the cortical surface that typically extended across depth in a columnar fashion. They also found that both fMRI and optical imaging revealed a consistent laminar response pattern in which orientation selectivity in cortical layer 4 was significantly lower compared to layer 2/3. This systematic change in selectivity across cortical layers has a clear underpinning in neural circuitry, particularly when comparing layer 4 to other cortical layers. 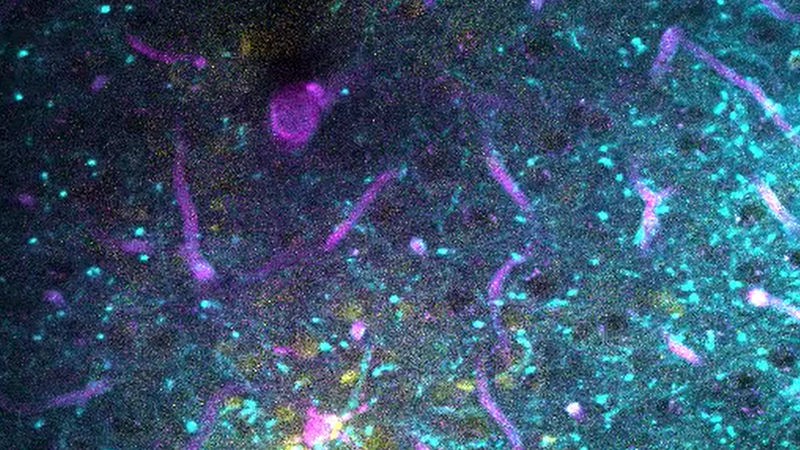