Atomic force microscopy is particularly well suited as a tool for Lithium ion battery research to address the key challenges of improving battery capacity, power density, lifetime, and safety. Fundamentally, a battery is an electrochemical cell, and electrochemical AFM can serve to probe changes of the electrode surface directly, in situ and in operando, and even measure variations in local electrochemical activity. For example, AFM studies of high-capacity Li ion anodes can help understand the evolution and degradation of the solid-electrolyte interphase (SEI) layer, which limits power density and battery lifetime. At the cathode, correlated electrical and mechanical characterization can quantify component distribution, characterize conductivity variation, and pinpoint inactive metal oxide grains that limit capacity. Finally, AFM imaging of the separator membrane on a tensile stage can provide insight into the fracture mechanism operating when dendrite growth leads to catastrophic failure.

The ability to measure local electrochemical activity and surface conductivity in situ, in the presence of electrolyte is equally useful for the characterization of other energy storage and conversion approaches such as supercapacitors, fuel cells, and solar fuel.

The Anode – In Situ, In Operando Imaging

The lifetime of lithium-ion batteries depends critically on the formation and evolution of the passivating SEI layer. The challenge lies in the large electrode volume changes during battery cycling, which leads to substantial deformation of the SEI layer, especially for high capacity anodes. The ideal experiment would probe the fragile SEI layer directly, in operando, a feat that used to be considered very difficult. The series of images shown here does just that and is from collaborative work performed with the Sheldon group at Brown University. Here patterned Si anodes were observed using PeakForce QNM, in a glove box integrated Dimension Icon® with electrochemical cell. For the first time, the formation of cracks in the SEI layer is observed directly, during lithiation. The mechanical degradation is being tracked during multiple charging cycles, which are shown not to repair the initial crack completely, contradicting prior speculation.

These experiments also open the door to estimating the fracture toughness, a key parameter for breakdown of the SEI layer (see our coauthored ACS Energy Letters article, “In Situ and Operando Investigations of Failure Mechanisms of the Solid Electrolyte Interphase on Silicon Electrodes”). For further studies on the SEI layer, see also the recent Nature Communications article, “Lithium Anode Stable in Air for Low-Cost Fabrication of a Dendrite-Free Lithium Battery,” coauthored by Nobel Laureate John Goodenough.

In situ observation of cracking and debonding of SEI.

Lithium ion cathodes are a complex and heterogeneous mix containing metal oxide particles to store the Lithium in the discharged state, surrounded by polymeric binder material that accommodates volume changes mixed with carbon black material to maintain high conductivity and thus ability to deliver high power density. The image series here shows how DataCube SSRM on a Dimension Icon XR helps map out the component distribution and uncover drastic particle to particle variation. Here the modulus map available in DataCube mode clearly distinguishes the hard metal oxide particles from the surrounding soft binder, while a concurrently acquired conductivity map reveals the uneven distribution of carbon black. A particle near the top edge of the image is seen not to be covered by carbon black and a series of conductivity images extracted from the same data cube identifies this particle as dead, i.e., inactive over the entire range of operating voltages.

TUNA current slices from the spectroscopic mapping of a battery cathode consisting of Li metal oxide at selected sample voltages. The scanning area is 15x15 μm².

Read our Battery Research e-book, which introduces the main analytical techniques used to characterize Li-ion battery materials, including atomic force microscopy (AFM) characterization. The e-book explains how these techniques and their various modes work, and details how they are used for analyzing battery materials and what kind of information they can produce. It also presents case studies to illustrate how the techniques are being applied by working scientists in the laboratory. 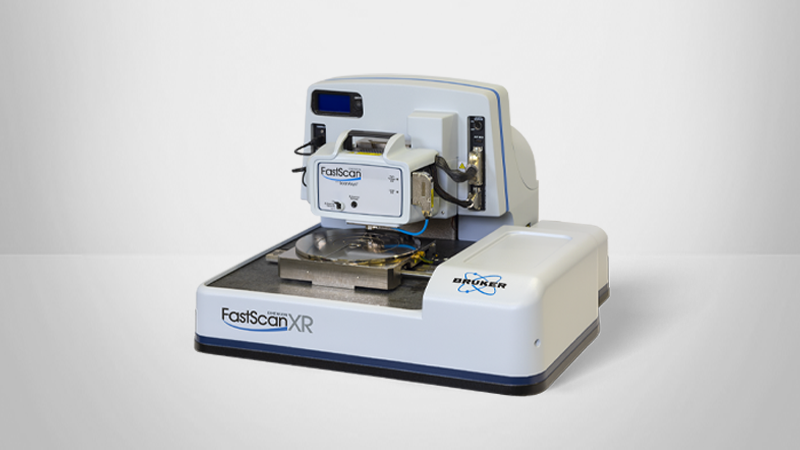 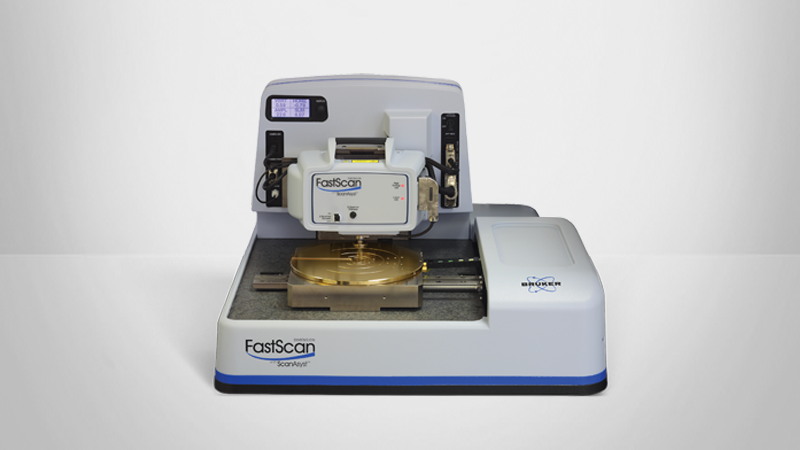 The original — and still the best performing — large-sample, fast-scanning AFM for speed and productivity with no sacrifice in resolution