In this paper, the very familiar and interesting phenomenon of wet cotton rags becoming stiff after natural drying was studied with AFM and AFM-IR. Results from this work provided evidence of the existence of bound water on the surface of a cotton single fiber under naturally dried conditions. It was proposed that the bound water functions as a cross-linking agent at contact points between single fibers and constructs a 3-D network, and such cross-linking network is responsible for the hardening mechanism of dried cotton fabrics.

In the AFM measurements, the force curves were obtained for cotton single fibers in different humidity environments from RH 0% to 80%, and from the force curves, the adhesion force was calculated. It was observed that the adhesion force increases with the humidity level, which indicates the existence of bound water at the outermost surface of cotton, and the humidity level controls the amount of bound water that contributes to the adhesion force. In the AFM-IR measurements, the AFM-IR spectra were recorded for cotton single fibers under the naturally dried condition and a completely dry condition. The AFM-IR spectrum of naturally dried cellulose fiber showed two strong IR bands at 3300 and 3440 cm-1, which were not observed for the completely dried fiber, and therefore are due to the O-H stretching modes of bound water on the surface of the cotton single fiber. Those two IR bands have very different shapes from those of bulk water and indicate the hydrogen bonding state of bound water is influenced by the interaction with cellulose surfaces. The 3440 and 3300 cm-1 bands were assigned to water at the cotton fiber-water interface and water at the water-air interface, respectively. It was interpreted that the hydrophobic interaction between water and air strengthens the hydrogen bonding among the water molecules and thus shifts the O-H stretching band to a lower wave number. 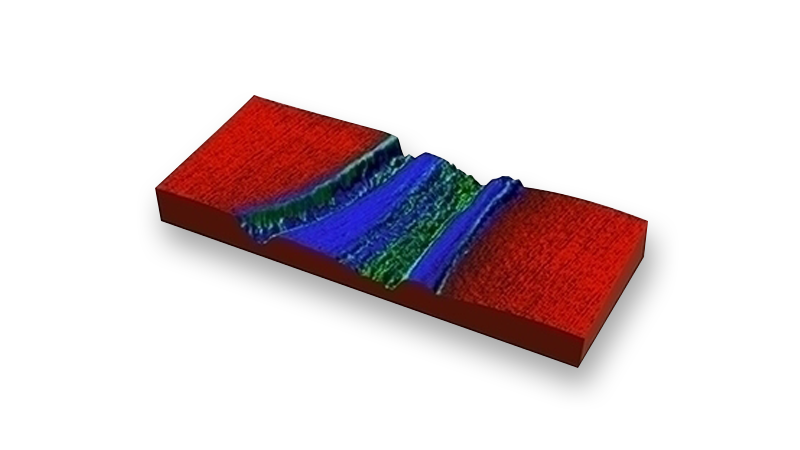 In this publication, authors use Bruker AFM-IR technology to assess the potential of PE-coated paper for use as an alternative material for medical gowns/personal protective equipment.
Read More

In this review article, the authors explore how key advancements in and limitations of AFM-IR technology/techniques impact current and future research opportunities.
Read More