The photothermal based AFM-IR technique enables high-resolution chemical identification and imaging at the nanoscale. However, contrast in the IR images typically shows a convoluted effect of both chemical and mechanical contributions. While such effect could be mitigated by tracking the cantilever resonance frequency during imaging or by calculating ratios for images collected sequentially at different IR wavelengths, a data acquisition scheme that can overcome the sample mechanical variations is very desirable.

The authors use an analytical method to model the cantilever transfer function, i.e., its responsivity as a function of the IR source repetition rate due to the mechanical properties of the sample at the tip location. This responsivity was found to resemble the cantilever response to the oscillating frequency of a piezo moving perpendicularly to the sample plane. In this way, the cantilever deflection signal contributed by the tip-sample mechanical interaction could be isolated and removed from the total AFM-IR signal. Experimentally, a piezo was added under the sample, and it generated an out-of-plane mechanical vibration at the same frequency of the laser repetition rate. The IR absorption image was recorded by interlacing the piezo and total AFM-IR signals in the same image. Afterwards, the interlaced image was separated into two images, and the total AFM-IR signal was divided by the piezo signal to give the pure IR absorption signal. This method was shown to give the cleanest chemical contrast in IR absorption images.

If you have questions about AFM-IR or our other solutions for nanoscale topological imaging, please contact us. 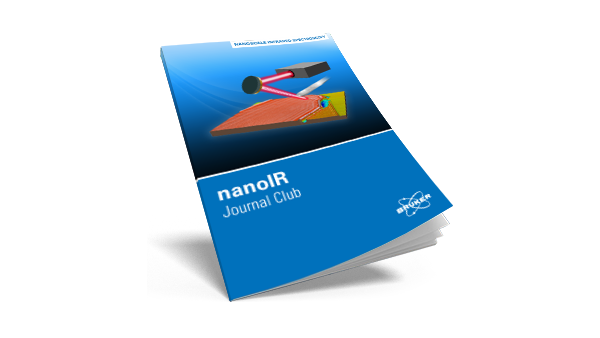 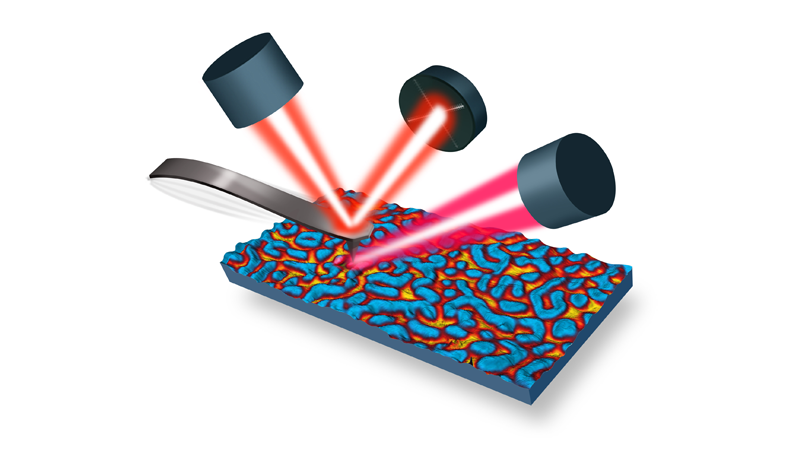