The photothermal-based AFM-IR technique has been used in a number of studies to determine the secondary structures of aggregated peptides or proteins on the nanoscale. The researchers have systematically studied the impact of several critical experimental conditions on the results, including polarization of the incident IR laser, illumination configuration (top-down or bottom-up), and coating of the AFM probes. Their approach provides insights into the interpretation of AFM-IR spectra, especially for the determination of protein secondary structure in biological species.

Three representative fibrillar samples (Aβ, α-syn, PrP), each of which is rich in β-sheet component, were measured in this work. The cross β-sheet structure in these samples is aligned perpendicular to the fibril’s long axis. The electric dipole-transition moment direction of the amide I vibrational mode (which is aligned roughly along the carbonyl bond) is oriented parallel to the long axis of the fiber. For much of the study, AFM-IR spectra were collected for a number of fibrils in random orientations and at different locations on the substrate. The averaged spectrum with better signal to noise was then used to determine the fibril secondary structure.

As an Au-coated tip is often used in AFM-IR measurements in both bottom-up and top-down illuminations, a finite element simulation (COMSOL Multiphysics®) was performed to understand how the gold coating affects the AFM-IR signal. The simulation showed that for p- polarization there is an enhancement factor of two orders of magnitude just under the tip apex, thus significantly improving the sensitivity of AFM-IR measurements. For s- polarization, the electric field is close to zero under the apex of the tip, indicating that the detected signal for this polarization mainly originates from samples not right at the tip. Therefore, interpretation of AFM-IR spectra of nanometric-size and highly oriented samples is less reliable for s- polarization than for p- polarization.

Overall, these authors point out how varying data collection parameters such as illumination configuration, tip composition, and laser polarization can lead to different insights into secondary structure distribution and molecular orientation in protein nanofibers that are not possible to achieve with conventional ATR-FTIR approaches. 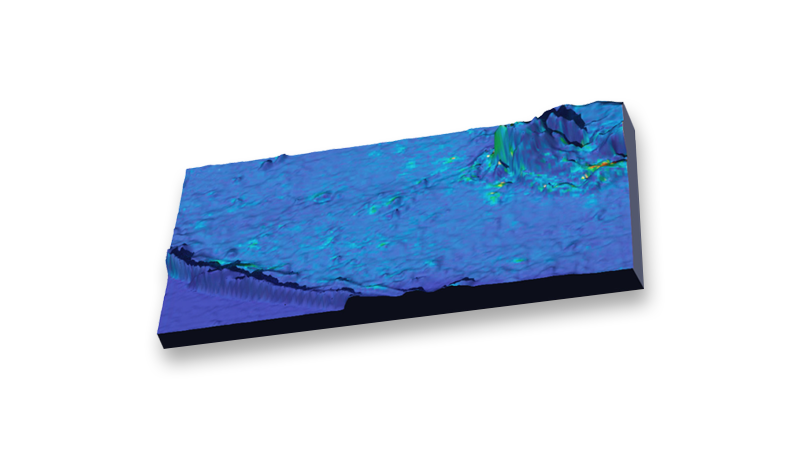 In this paper, the authors propose a novel method for removing probe-sample-interaction effects to give the cleanest possible chemical contrast in IR absorption images.
Read More

In this paper, the authors explore the phenomenon of wet cotton rags hardening after natural drying due to the capillary adhesion of bound water on the surface.
Read More